skip to main | skip to sidebar

I recently posted a photo of my Silver Crescent scroll to my "photo a day" project. The scroll was made by Master Harold von Aeurbach, a good friend and a great artist. Please go look at his work.

I talked about the two awards I received in the SCA here.
Posted by Steve Boyko at 2:19 p.m. No comments:

This blog has moved


This blog is now located at http://scageek.blogspot.com/.
You will be automatically redirected in 30 seconds, or you may click here.

For sale to local gentles

I am offering the following items for sale to people living in the Lyndhaven area ONLY. 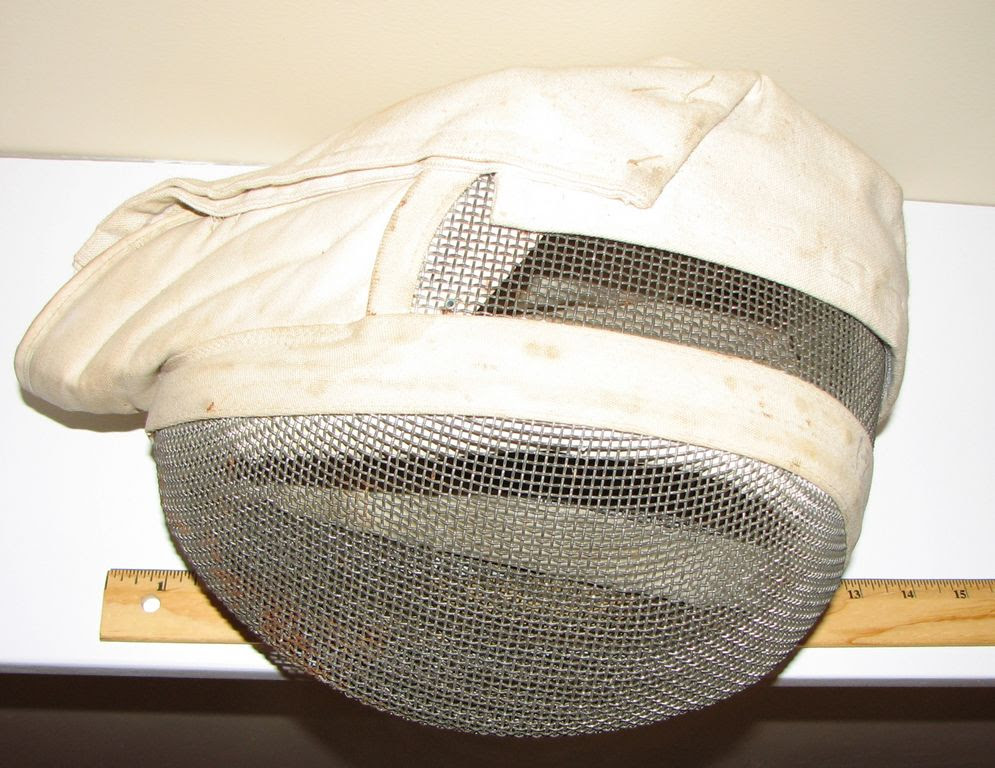 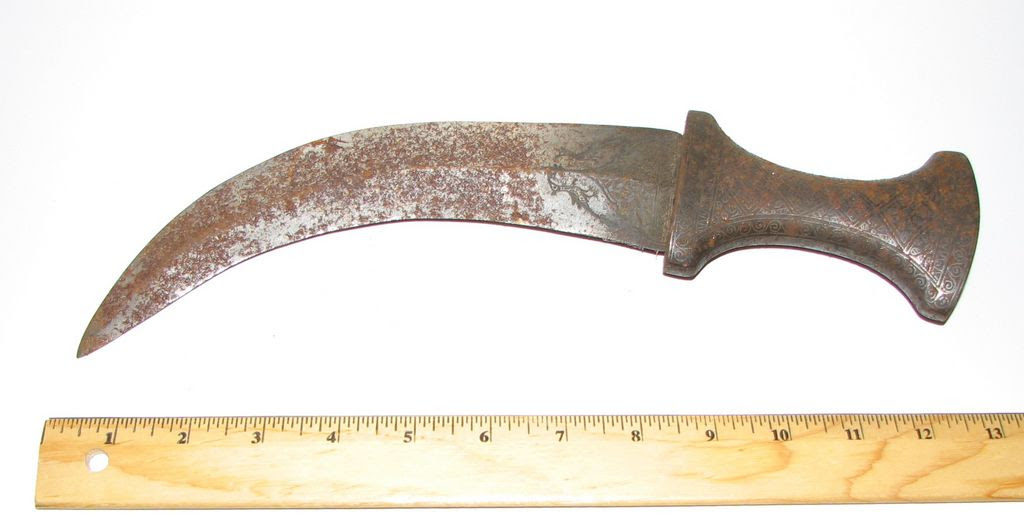 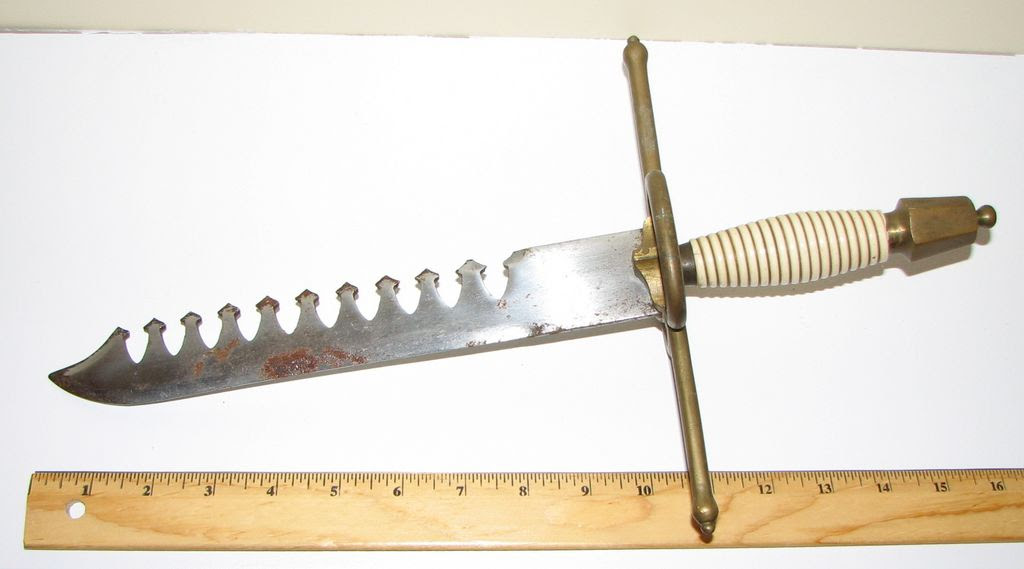 Short sword, has been sharpened, quite rusty, asking $10

I will not sell the weapons to minors.

Email steve@theboykos.com with questions or offers.
Posted by Steve Boyko at 6:13 p.m. No comments:

I've created a gallery of SCA photos for your viewing pleasure. Some have been featured in this blog before, others not yet!

Several gentles on the firing line at our first event. The front three gentles were from Ruantallan.

Fencing at the Feast of the Gemini, 1991, in Ruantallan.

Resting up at a mini-event at our house, around 1996. I'm reclining in the wooden chair.

A quiet feast at the same mini-event.

Some archers at the infamous M.R. War Comes to Lyndhaven event.

There are plenty more in the gallery.
Posted by Steve Boyko at 9:30 p.m. No comments:

I was reading a "Behind the Scenes" news article on CNN.com about a woman who used her deceased husband's sperm to become pregnant. The husband was killed by a sniper in Iraq. It was interesting, but one phrase caught my eye.

K.C. said she and Brian met in Austin in 1992. She was 27. He was 19. They shared a love for historical societies and re-enactments. Lots of her photographs show them in Elizabethan costume.

The "SCAdian Alert" alarm bell went off in my head. So, a little more Googling found an article on armytimes.com that goes into more detail on the event.

Tell me that this REALLY doesn't set your SCAdian Alert off:

The couple met at the University of Texas, where he was a student, she was a dormitory supervisor and both were members of a historical re-enactment group that specialized in pre-17th-century culture.

Sure enough, the deceased soldier was known in the Society as Friedrich von Konigsburg, from the Barony of Bryn Gwlad, Ansteorra. There was a note about him on SCAToday.

He registered his name and device in 1993. "Per pale bendy sinister Or and gules, and argent ermined vert, on a chief embattled azure three sinister cubit arms, fists clenched, argent."

RIP, Friedrich. You made a beautiful baby boy.
Posted by Steve Boyko at 9:59 a.m. 2 comments:

Awards in the SCA

In my SCA career, I was honoured to receive two awards, the Award of Arms (AoA), and becoming a member of the Order of the Silver Crescent (OSC).

I received my AoA at an event in the Canton of Seashire (Halifax, NS) in the fall of 1991. I had no idea it was coming. At the time I fancied myself as a bit of a photographer, and I had been taking lots of pictures at various SCA events through the summer and fall. I had a photo of His Majesty Randall of the Dark and another of his lady Her Majesty Katherine Stanhope framed, and I intended to present the pictures to Her Majesty at Court at the event (Randall was not at the event). I spoke to the herald before Court and told him I had business for the Queen.

When my name was called, I was so awed by being in Court that I approached the Queen, bowing, before I realized I had forgotten the pictures back at my seat! I hastily withdrew, fetched the pictures, then re-approached the Queen. I presented them to her while mumbling something about them being a gift to the Crown. She showed them to the audience while complimenting me on them, and they received some applause. I was just about to withdraw, when she said, "So Rupert, while you are here..." and proceeded to give me my AoA.

You could have knocked me over with a feather. I couldn't believe it. She told me the AoA was being given for my service as Seneschal of Lyndhaven (and indirectly for Lyndhaven finally becoming a shire, no doubt). Then she presented my scroll to me, turned me around and presented me to the masses as Lord Rupert Maxwell amongst many VIVATs.

I shakily made my way back to my seat and sat through the rest of Court in a daze. I was trembling and almost crying, I was so overcome. That was one of those "wow" SCA moments that come along once in a while.


I wish I could relate a similar experience for my OSC but it was very anticlimatic in comparison. I remember that I had missed one of the Great Northeastern Wars in Malagentia, and we held a War at Lyndhaven shortly after that. One person from that War was talking with me, and she said it was too bad I didn't attend GNE as I missed "a big surprise". She wouldn't elaborate, and after some reflection I concluded she had to have been talking about an OSC for me. It didn't help that a visiting noble asked very pointedly what the next event I would be attending would be, ostensibly to present an AoA for my lady. She insisted that we should attend so my lady could get her AoA. I knew AoAs were given "in absentia" so I figured that was an excuse to get me there. I don't fault her for that - it's difficult to coordinate these things without letting the cat out of the bag.

My lady and I attended an event later that fall in Ruantallan. In Court they called all the members of the Order of the Silver Crescent up, and I knew my time was coming. I was the first one called up, as my award actually dated from the GNE event. I was pleased to join such a special group of people and honoured that I was chosen. Although my inducation was less exciting than my AoA, it meant a lot more to me. I had a lot of respect for everyone in the Order as they had worked hard to get there.


One of the benefits of being in an Order is you get to suggest new members to the Crown, and offer your opinions on candidates others have suggested. In this electronic age a list was circulated every now and then by email and members could "vote" on it. I say "vote" in question marks because it is all advisory and the Crown has the final say on who should be inducted into the Order. I hope and assume that the Crown lent great weight to the Order's advice but I have no way of knowing. For each candidate, we could either vote yes, no, or abstain. I abstained for most candidates because I did not know them. Occasionally I would vote in the negative because I felt the candidate had not done enough to be considered for the Order, but usually I voted an enthusiastic positive for those I knew. I was always pleased to see those I knew become candidates, because I knew how much work they put in for their groups, the Kingdom and the Society as a whole.

Suspending my membership in the Order was about the last thing I did in the SCA, and it was hard. I really liked being a part of that group.

I never actively tried for either of the awards, but I do feel I earned them and I am honoured that I received them.
Posted by Steve Boyko at 2:39 p.m. No comments: